You are here: Home1 / SuperDiff

Although today we like to see ourselves as 21st century urban beings, we are still mostly hunter-gatherers. Our body anyway. In fact, just 10 000 years ago, we roamed the countryside in tribes. Almost yesterday, then, the greatest danger we could face was being hunted by a large furry animal. For this, we are still staffed by an effective internal security officer, who has obvious advantages in being quick, especially when we are hunted by large animals. So part of us is incredibly fast and makes decisions that go far beyond our personal “will”, but which nevertheless greatly affect our well-being. These decisions are often based on sound cues and the part of us in charge is our automatic brain / reptilian … it conveys its once live saving requests via hormones such as cortisol, the stress hormone … 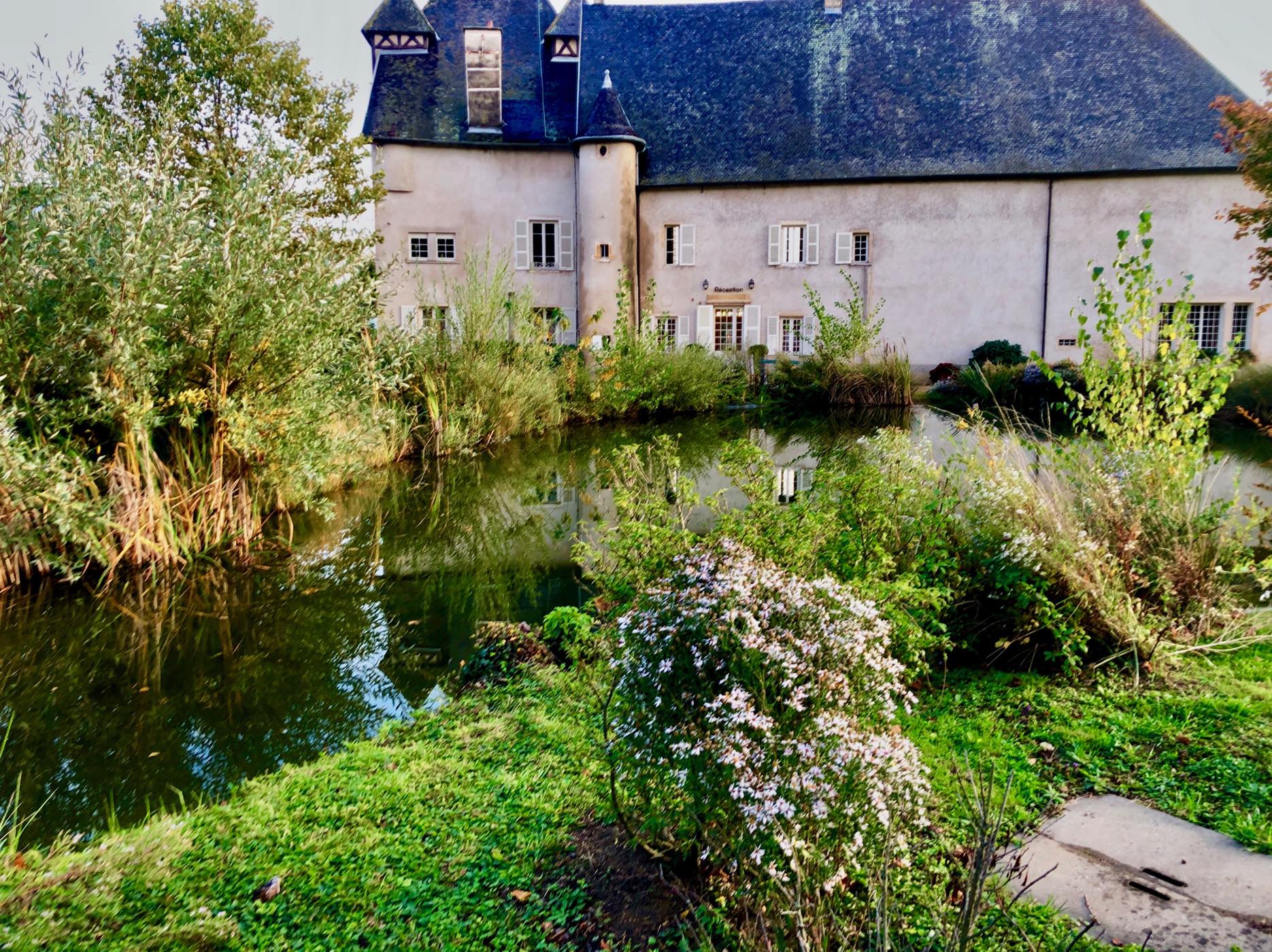 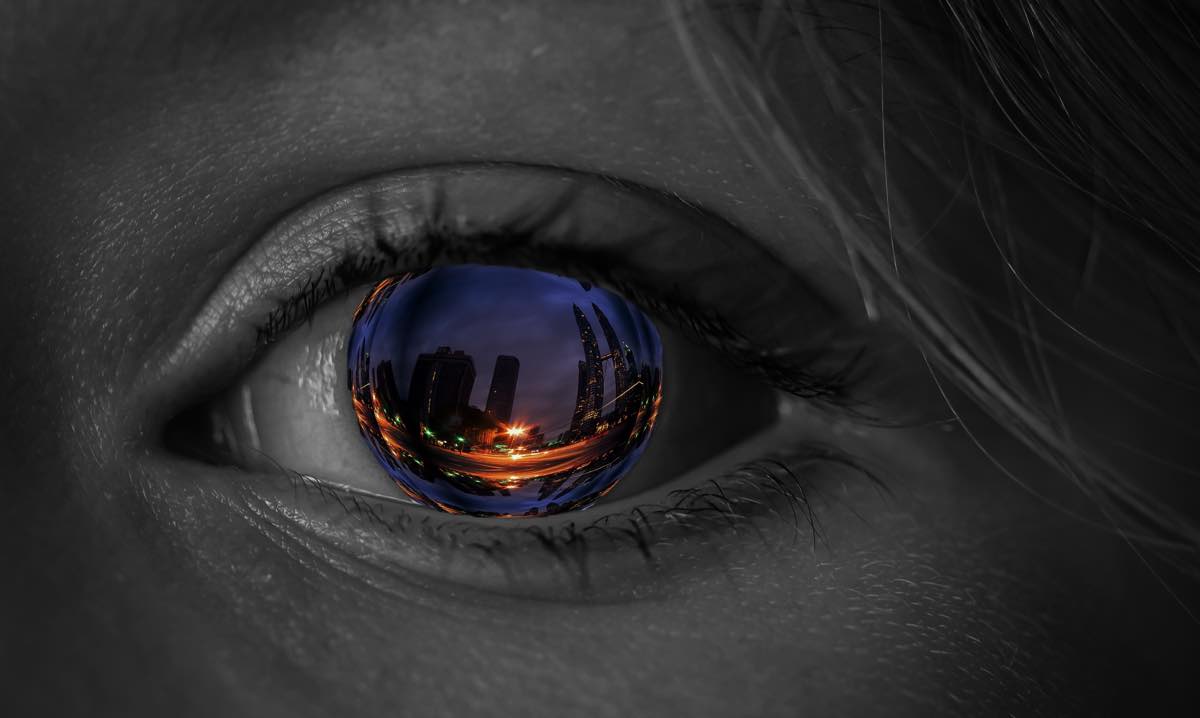 For example, some rules tend to emerge for giving more importance to center loudspeakers clusters above the stage, at least for elements with strong rhythmics components. So, forgetting a little about side and rear coverage tends to remove concerns for adequate placement of rhythmical contents in appropriately located sources.

Adding a dedicated object oriented matrix mixer/router between the mixing desk and the Superdiff system, allows for continuous movements of sound sources across the entire audio stage. And this is nice. It also makes the whole process of placing or automating sources in a soundscape an ergonomic pleasure, all with adequate front/rear, dry/wet, bright/dark balance.

On the very same idea of providing even coverage and smooth transitions between loudspeaking groups, every loudspeaker in the system needs to offer basic capabilities such as line source properties for smooth vertical coverage and wide, up to 180°, horizontal coverage. Obviously, the different groups of loudspeakers will have to provide homogeneous and coherent phase & frequency responses. Ideally it will be identical models. Of course the entire system is to be designed so it reaches the entire crowd. As much as possible. 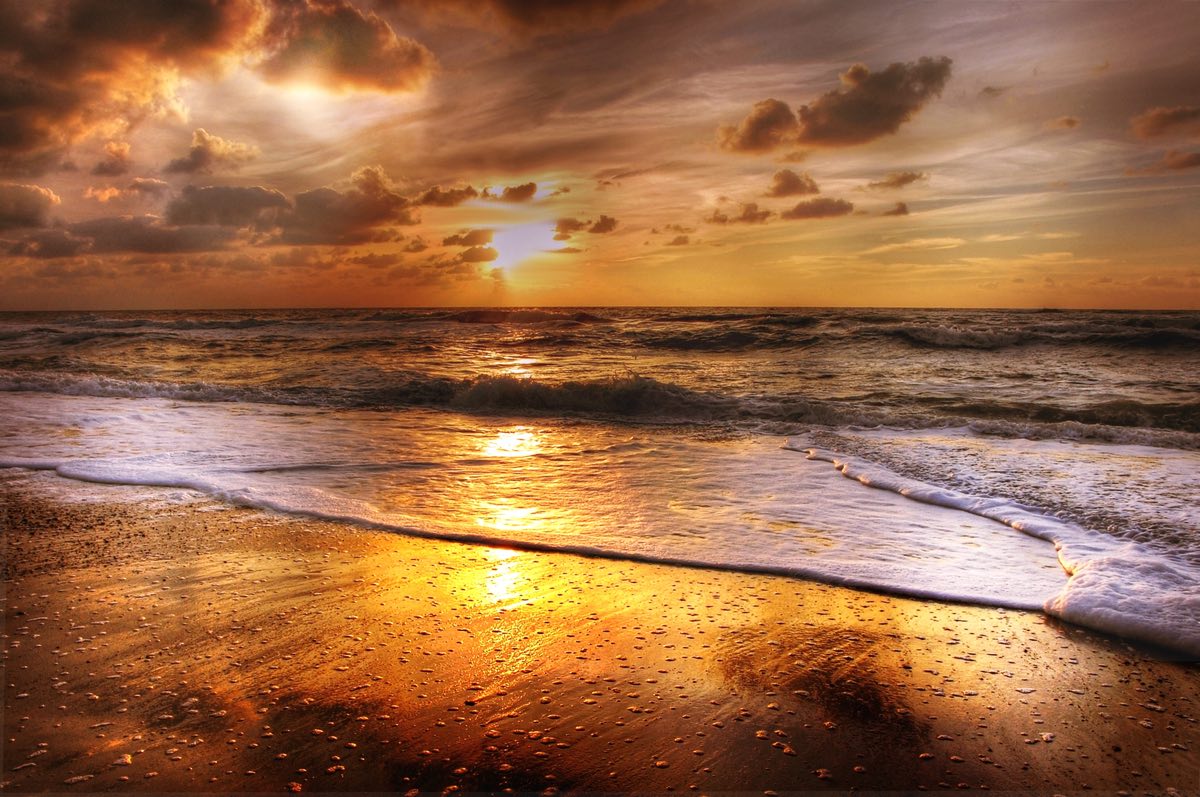 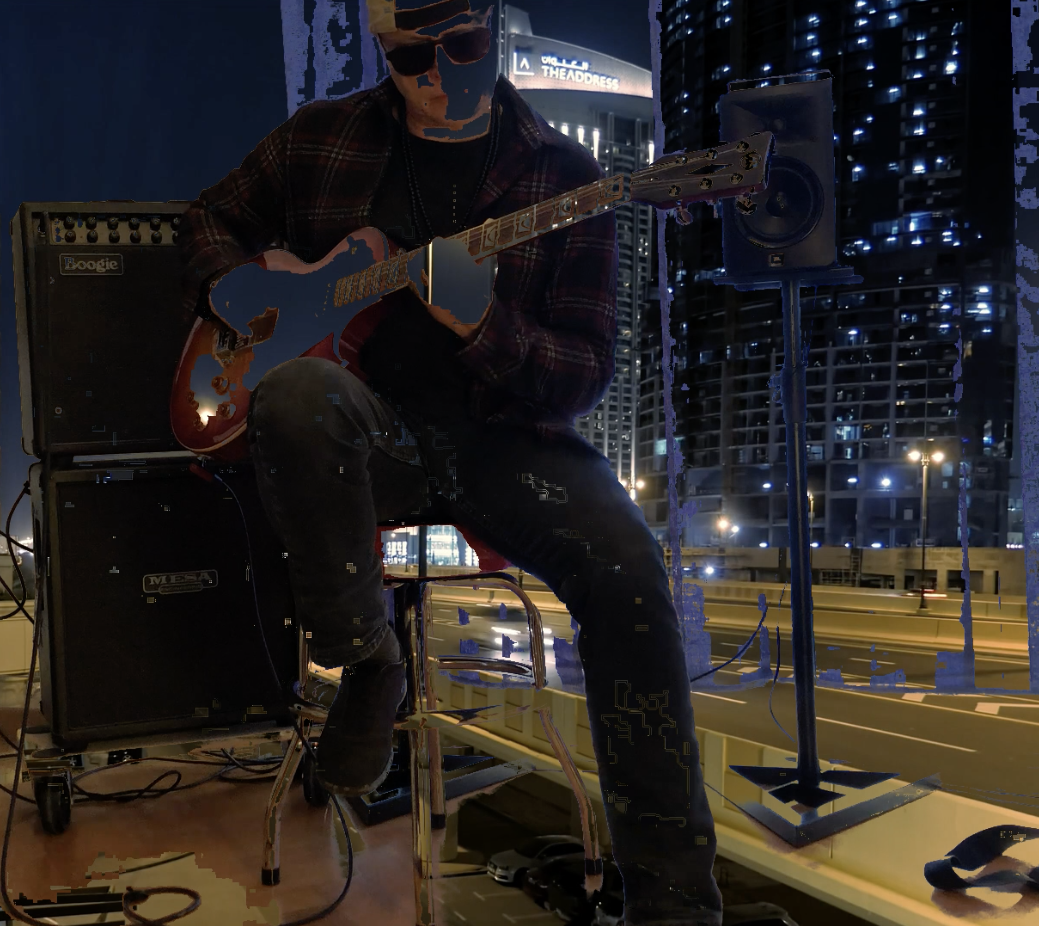 Superdiff is an AV 360 ° immersive streaming model that brings together in one functional whole the best multichannel methods and tools. Superdiff facilitates and unifies the preliminary creation, the live AV diffusion of the show and the subsequent distribution of the media on the net.

Superdiff Art Projects exist, for the love of music first and to accompany, support, broadcast and make available this incredible experience, for real, now. While also offering artists, engineers and showgoers the opportunity to experience an immersive augmented sound by themselves.

Curious or interested? Call for booking or for an informal chat…

Would you be interested if we told you it can be made today?

Live, in the studio or in your home?

Swiwel and relax, while listening to amazing immersive Mussorgsky 24 channel audio, and more 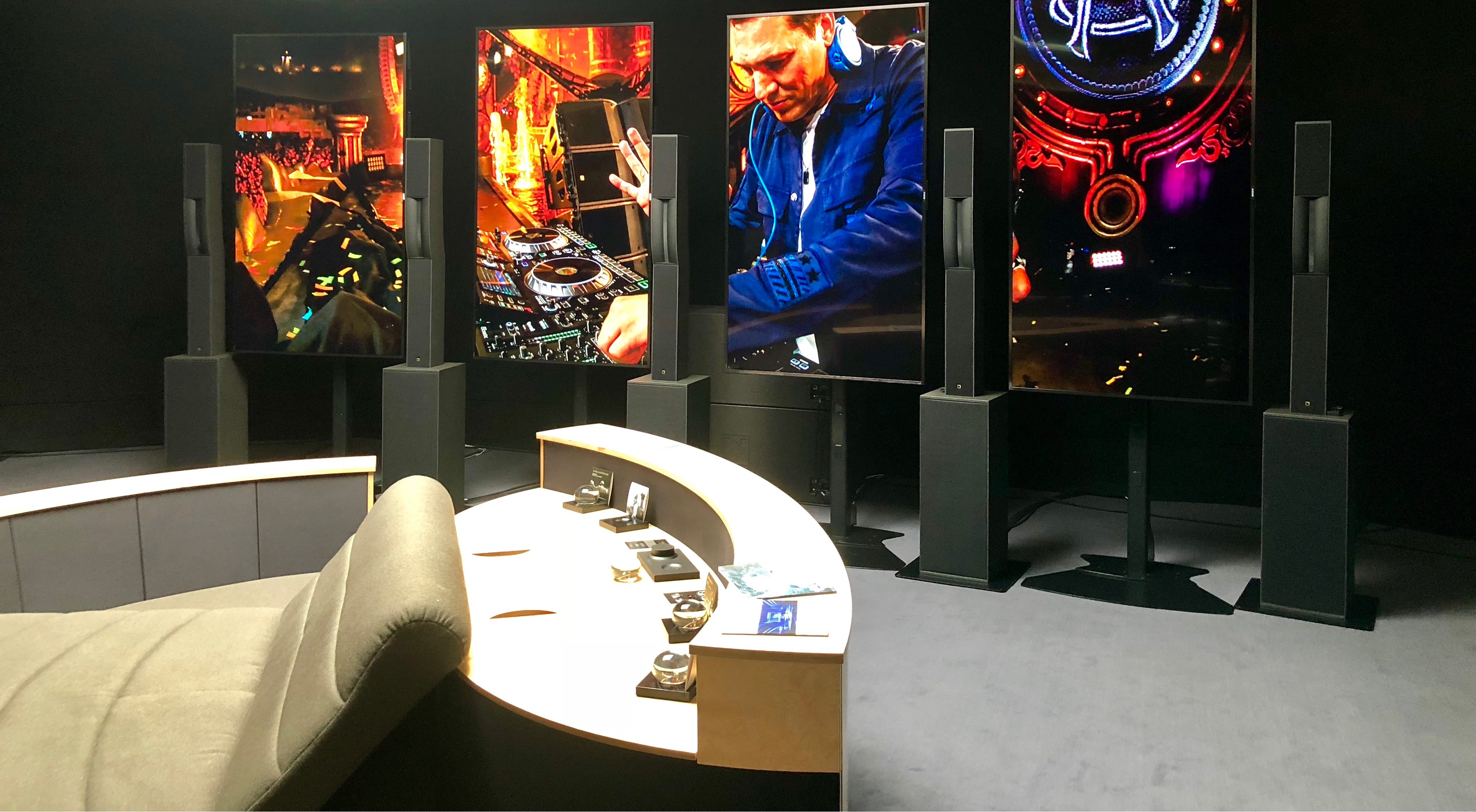 The sound format of the future is available now, for art, for live, for shows AND for recordings.

Since a little after the show business was invented, around the time of the first open air concerts by the Beatles or the Stones, stereo was created… for records and for broadcasting it was a good idea, probably. Before that, large open air shows did not really exist, nor mono, nor stereo. Small live shows had a beautifully detailed, real, sound image, be it acoustical or amplified, it was multichannel by essence. From classical music, to big bands, to rock: when listening to Paul you could see where Paul was standing, same for George or Ringo, or John. Then live audiences extended beyond the circa 500 pax technical limit and everything went south. The nice “backline” of VOX amplifiers became seriously underpowered and public address system had to be invented. Since then we listen to twin mono systems with bits of stereo in the center. But now, we have means of having both nice coverage AND power AND intelligibility AND localisation AND do all that for whatever number of PAX in the audience, nicely. With existing hardware, existing software, existing content and, a touch of knowhow. We at PAA Consulting call this Superdiff.

For shows, independent sources, voices, instruments mixed to several loudspeakers arrays, as according to the event needs. Then, the content can be recorded, encoded and distributed in an independent format, while still offering a faithful reproduction of the original acoustical space… that can then be played out on Facebook, Oculus or Youtube. Or on any multichannel loudspeaker system.

Mixing: a hardware or software mixer with almost as many output as input channels.

Broadcasting: live, in the studio or at home, as many loudspeakers as your room or your audience requires. This may range from a simple stereo headset for a single person to a large line array kit for a stadium. For Superdiff, we set the absolute minimum at about 7 channels of full-band loudspeakers, as an example.

Ideally, every loudspeaker in use shall address the entire audience area. As opposed to what usually happens in traditional systems. So you want to give coverage design extra attention and possibly offer array systems with extra wide horizontal and tightly controlled vertical coverage. So, unless a system is built in a tiny room, this seem to orientate your choices towards the use of single speaker columns or line source arrays, depending of distance and coverage needed. Interestingly, since several systems, say 7 at least, for creating your augmented immersive system, thus offering better SPL, signal to noise and distortion ratio, loudspeaker arrays can usually be scaled down when compared with traditional dual mono setups.

Yes, setting up a beautiful Superdiff requires special knowledge. To design the signal processing chain, select the appropriate tools and formats, create the speaker system and stage the sound.

Visit us at PAA Consulting for more on Superdiff 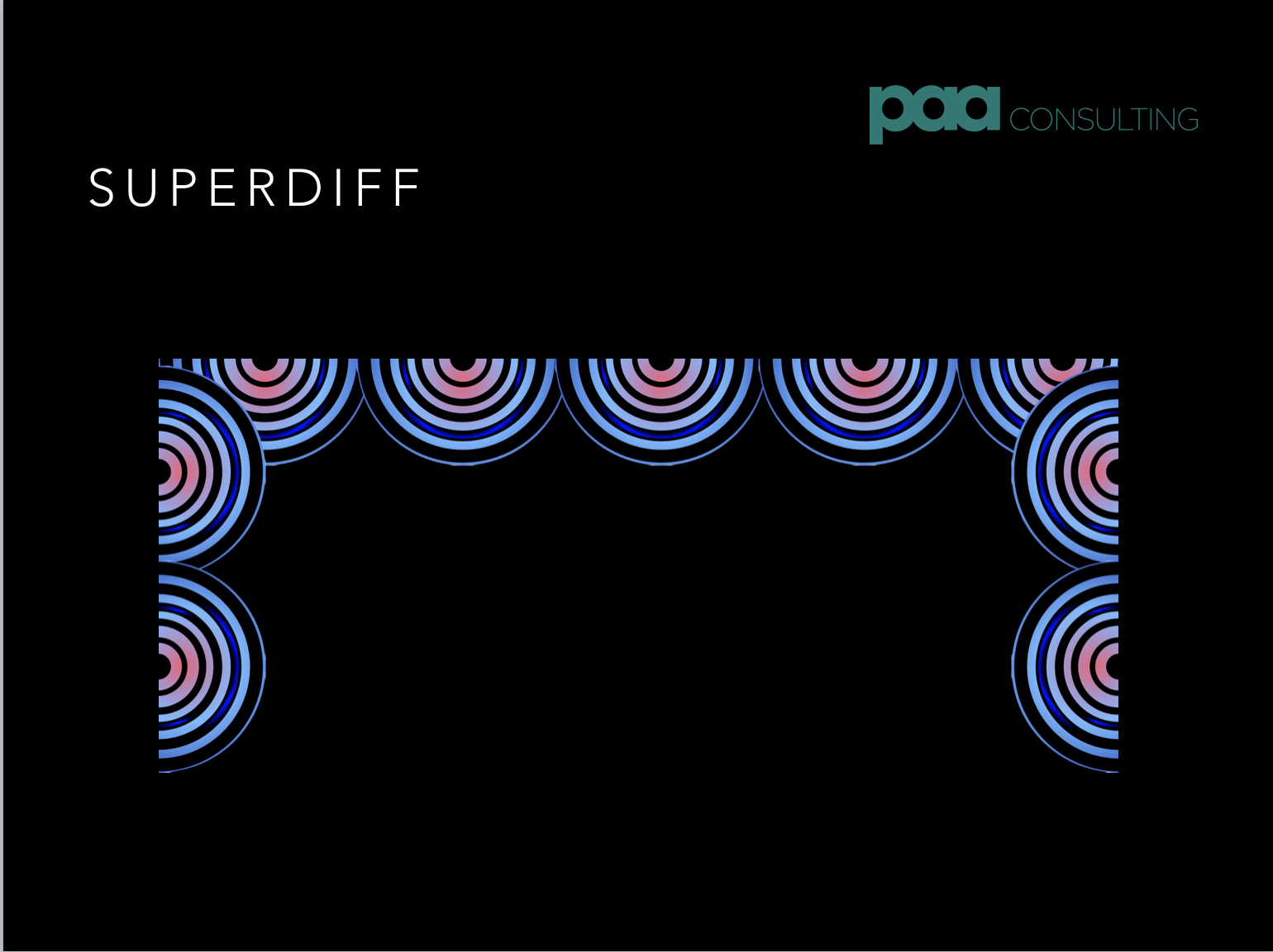